It is no secret that Medellin has become a globally popular city in recent years, everywhere we can observe how people from different parts of the globe.

But what are the best areas for your stay in this city? In this blog we are going to discover the most efficient options. 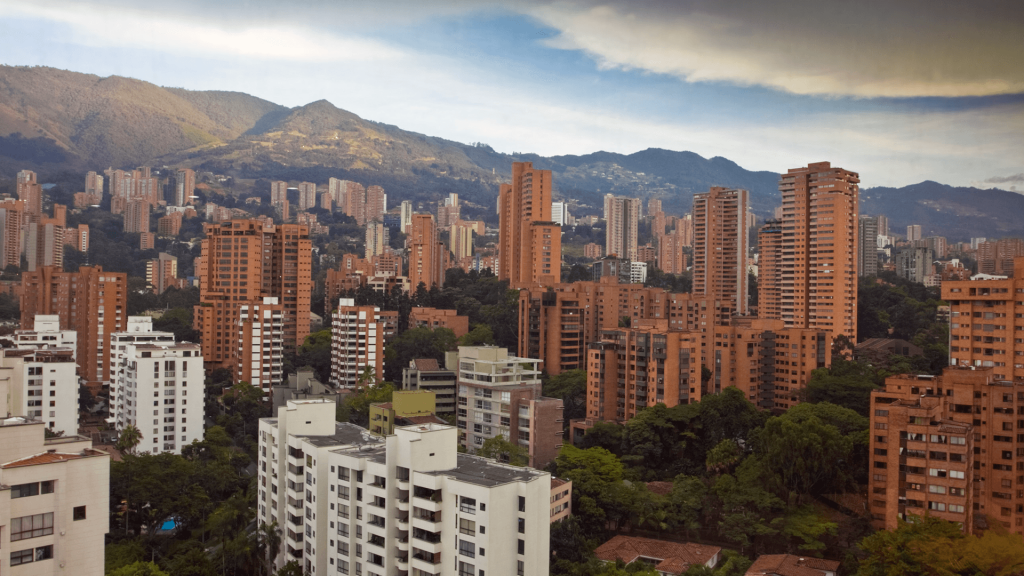 It is a strategic sector of Medellin. It is crossed by main roads such as Av. Las Vegas, Av. El Poblado, Calle 10 and Av. Regional, as well as the Inferior, Superior and Intermediate crossroads, which offer a variety of restaurants, bars and shopping centers. It also has several public spaces for art and culture, such as the Museum of Modern Art, which contributes to the social and cultural development of the city of Medellín.

Within this sector, there are many options for living. It all depends on what your taste is when it comes to a home. 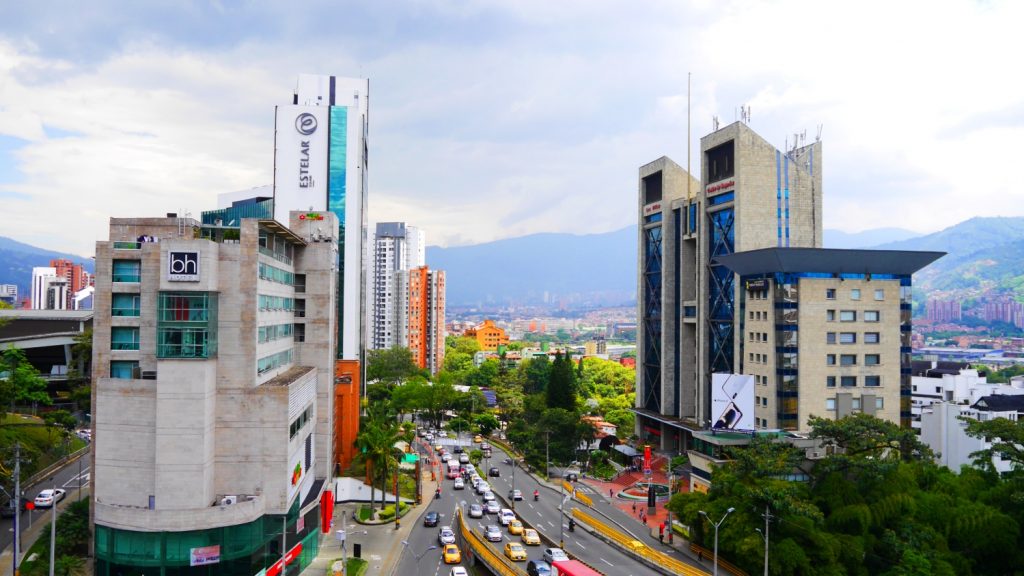 El Tesoro: an exclusive neighborhood of El Poblado that gathers some of the best real estate projects in the city, and integrates important educational institutions such as Marymount School and Los Cedros Gymnasium. Also, there you can find the Mall del Este and the Mall Piazza Bella, for everyone’s entertainment.

Milla de Oro: this is one of the most representative sectors of El Poblado and one of the places where its settlement began. It is an area with more than 100 years of history, surrounded by roads and alleys in the midst of stores, stationery stores, bookstores, and countless commercial and service companies.

Santa María de los Ángeles: It is considered a quiet place that is close to universities, shopping centers such as Sao Paulo Plaza and important clinics in the city. It is a neighborhood that offers great quality of life to its residents, since it has different bus routes and proximity to the Aguacatala Metro station. 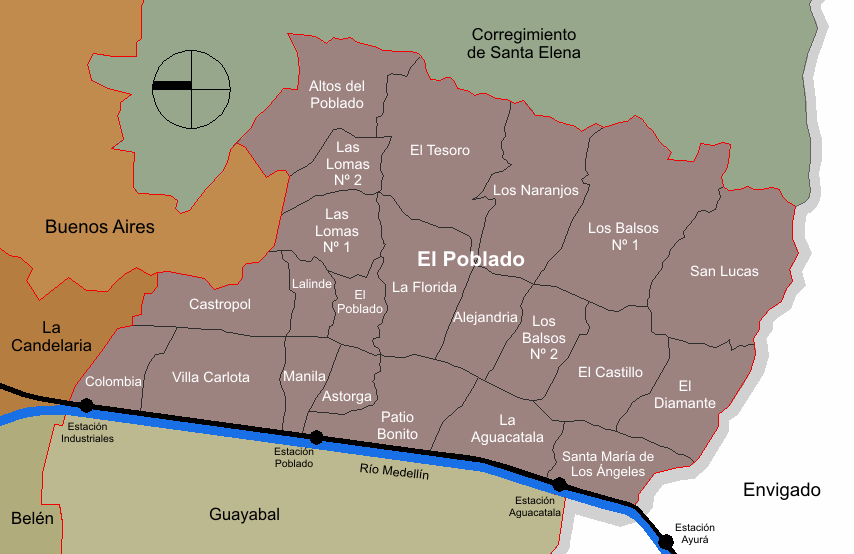 Central area of El Poblado: It has a great variety of restaurants, nightclubs, bars, supermarkets, notaries, banks, drugstores, hotels and much more. It is considered the part of El Poblado that houses everything you need to have a good quality of life, considering that you can find options such as El Poblado Park, Lleras Park, Palermo de San José School, La Presidenta Park, The Charlee Hotel, among others.

To live in these modern and exclusive areas of the city, you should consider having a car because many of them are located in the highest parts of the hills, and many times, there is no way to reach other places on foot.

Plus, since Lleras Park is the party destination you got to be aware of people asking for money, and robbery. There is police presence, but you better keep your eyes open.

Located in the commune 11 of Medellin we find the emblematic Laureles neighborhood, a place that has undergone a great transformation in the last two decades. Now it has become a kind of pink zone where we find hotels, restaurants, clothing stores and art galleries. 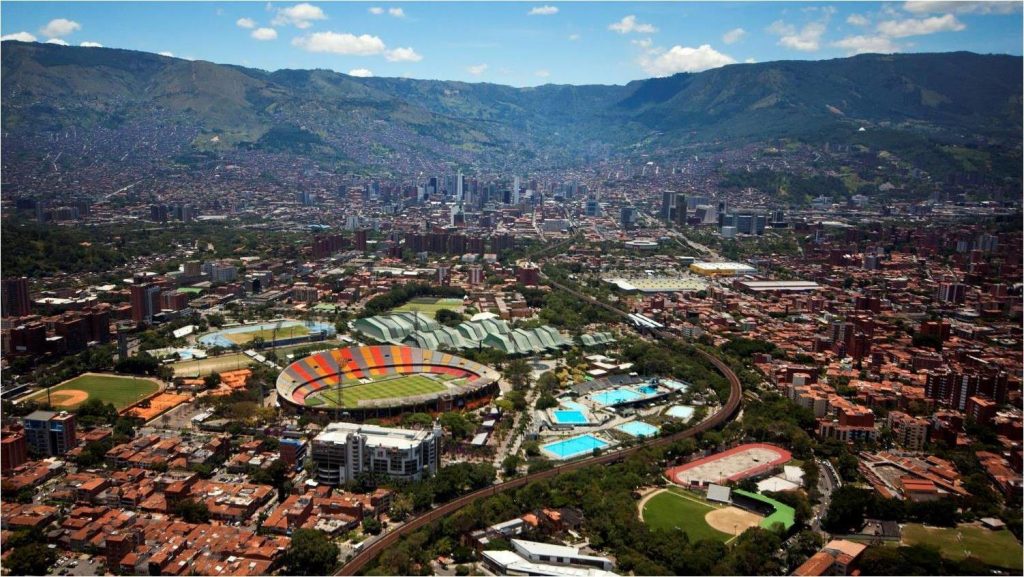 This varied area offers many benefits among which stand out:

Likewise, if you are a lover of good food, in the first and second parks of Laureles you can find a wide range of restaurants and cafes. 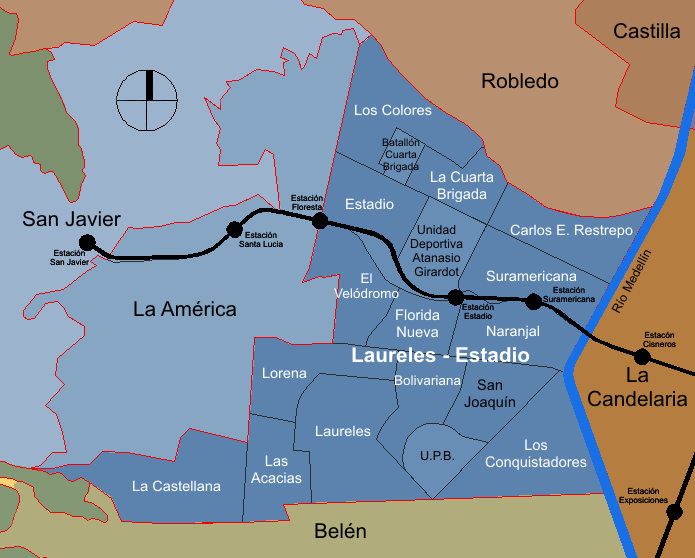 Main roads such as Autopista Sur, Avenida Regional and Nutibara, San Juan, 33 and 80, among others, will make you not have to worry about access to Laureles.

On the other hand, you will find the Metro stations: Suramericana, Estadio and Floresta; there are also several bus routes and cab ranks. And if, on the other hand, you like good environmental practices such as biking, we tell you that it has a bike path (La Picacha), which was chosen as the best in Colombia.

This is confirmed by the results of the 2018 Multidimensional Index of Living Conditions (IMCV). The study revealed that the MVI is 69.62%, surpassing Medellín (48.77%) and thus reaffirming that those who live in Laureles enjoy a great quality of life. In addition, the great civic culture is also highlighted.

Envigado is one of the most popular areas of Medellin today. It has invested heavily in its urban development, to the point that its sports fields, shopping malls, roads and educational institutions compete directly with the infrastructure of Medellin. 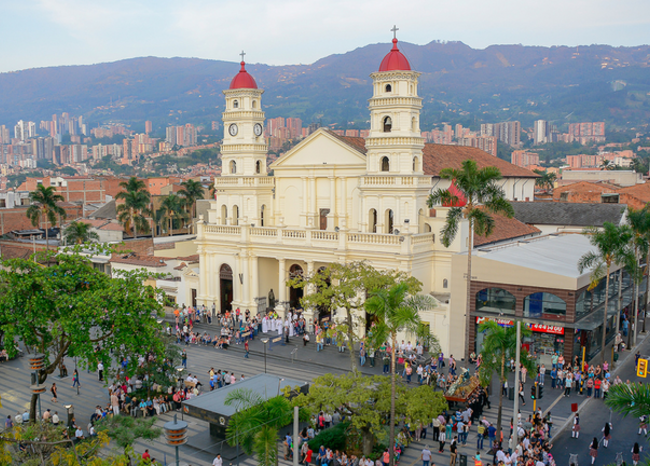 Undoubtedly, one of the greatest benefits of living in Envigado is that it is known as “The green corner of Antioquia” because it is one of the few municipalities that has made an effort to maintain the arborization of the city while developing new constructions.

However, this area has very high hills, so having a car is essential, besides, it is at least 30 minutes away from the most attractive amusement park: Lleras Park.

In the list of the best neighborhoods of Envigado are San Lucas (which has the best schools and shopping areas), Loma de Las Brujas (where some of the most beautiful properties in the municipality are located), La Antillas (a sector where you can enjoy nature close to the city), Pontevedra (central and easily accessible), and Zuñiga (where almost all housing projects have a rural connotation), there are also neighborhoods of great renown such as El Dorado. 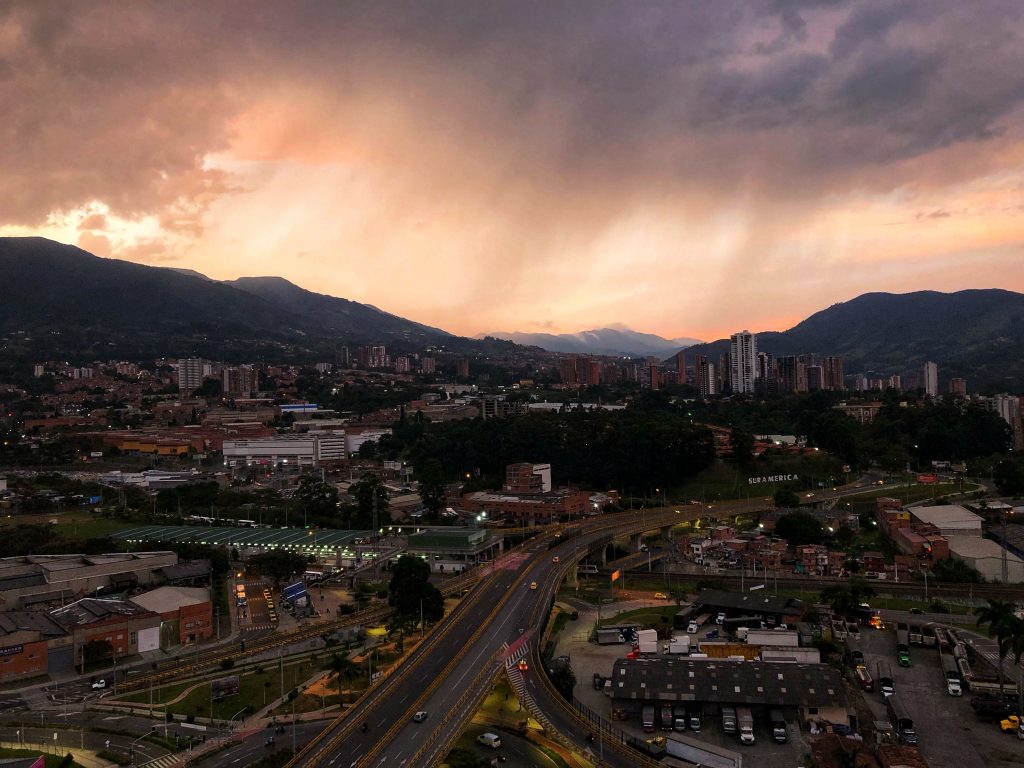 Sabaneta is considered one of the best destinations to live not only in Antioquia, but throughout the country; proof of this is the award received by the municipality in 2015, with which it was named as one of the “best places to live in the country”, according to the National Planning Department.

Although it is considered the smallest municipality in Colombia, with only 15 square kilometers, it has become one of the most desirable destinations to live, due to the quality of life and exemplary security of its inhabitants, its real estate development, traditions, festivals and recreational areas.

Sabaneta is the best option for the family because it has several shopping centers, cultural centers, sports areas, bars, restaurants, natural park and parks within the urban center. All these places of interest are of high importance for the recreation and amusement of the inhabitants and visitors.

You can find all this in this municipality. Therefore we invite you to know our apartments for sale in Sabaneta and project your future and that of your family considering buying a new home in Caldas in one of the best and most prestigious places to live in the Aburrá Valley. 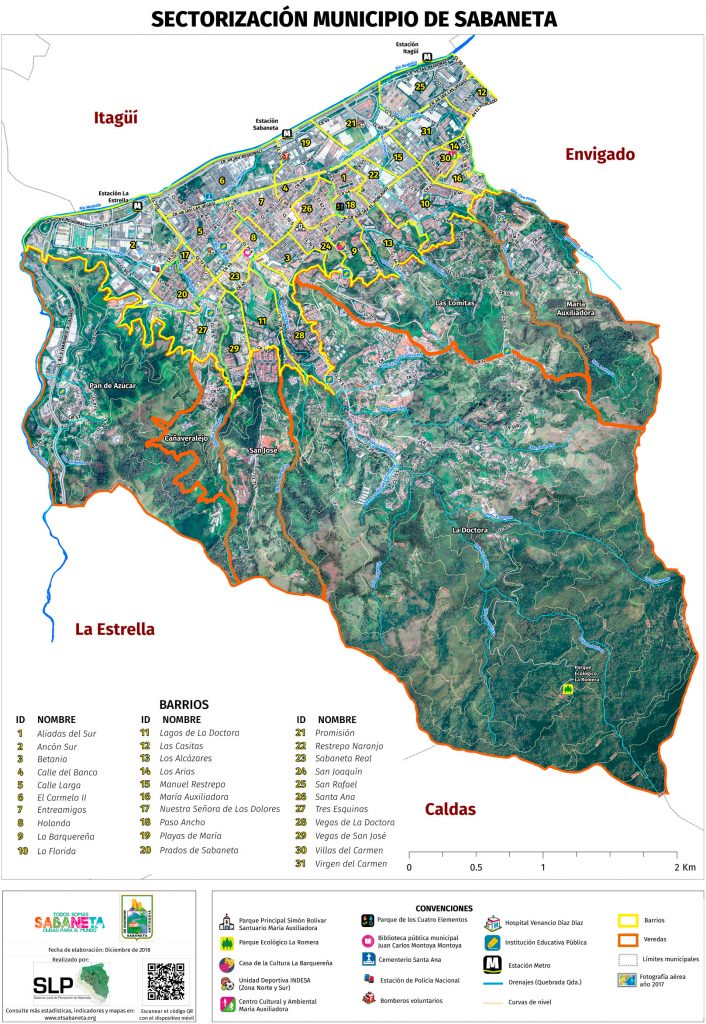 However, as I mentioned before this area has many benefits, it is also located away from the main attractions of the city. It takes between 45 minutes and 1 hour to get to Medellin’s favorite destinations.

If you are considering Medellin as your next destination you should keep in mind these tips to make your experience one to remember. Come and discover with me what it’s like to live in the so-called City of Springtime.